City of Gallipoli Information about city

Located on the south-west coats of the province of Lecce, the "beautiful city" offers to its visitors a huge range of natural marvels, monuments, ancient traditions and modern attractions which make it one of the most yearned destinations of the national and international tourism. The most particular area is undoubtedly the old city, connected with the modern city through a XVII century bridge. Once crossed it, you can find the Angioino Castle which started to be build during the Byzantine era. It then has been restructured and modified throughout the centuries, and it is characterized by several starry and cross vault rooms. Outside it is sorrounded by cylindrical towers, which still keep the catapults used to defend the city. You can go on visiting the old city by crossing the main road, Via Antonietta De Pace.  This route leads you to a wide range of historical and artistic places to visit. First off all there is Sant'Agata cathedral, promoted to papal minor basilica. It's an excellent baroque piece of art dating back to the XVII century. The facade, decorated by recesses in wich there are several stone statues and busts of saints. The cathedral has a Latin cross ground plan and three naves, with baroque altars and several paintings. Going on trough your route, your attention will be caught by ancient buildings, some of those characterized by small courtyards. Il is also possible to visit the hypogeum olive oil mills, antique buildings built below the ground once devoted to the production of olive oil. You will further go on alongside the ancient walls surrounding the old city, where you will be able to enjoy picturesque landscapes. Just before the small port, you will find a small beach, whose name comes from the church of Santa Maria della Purità, located just above.


Available solutions to stay in Gallipoli 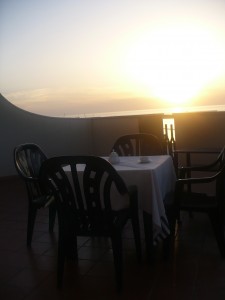 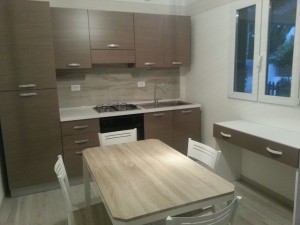